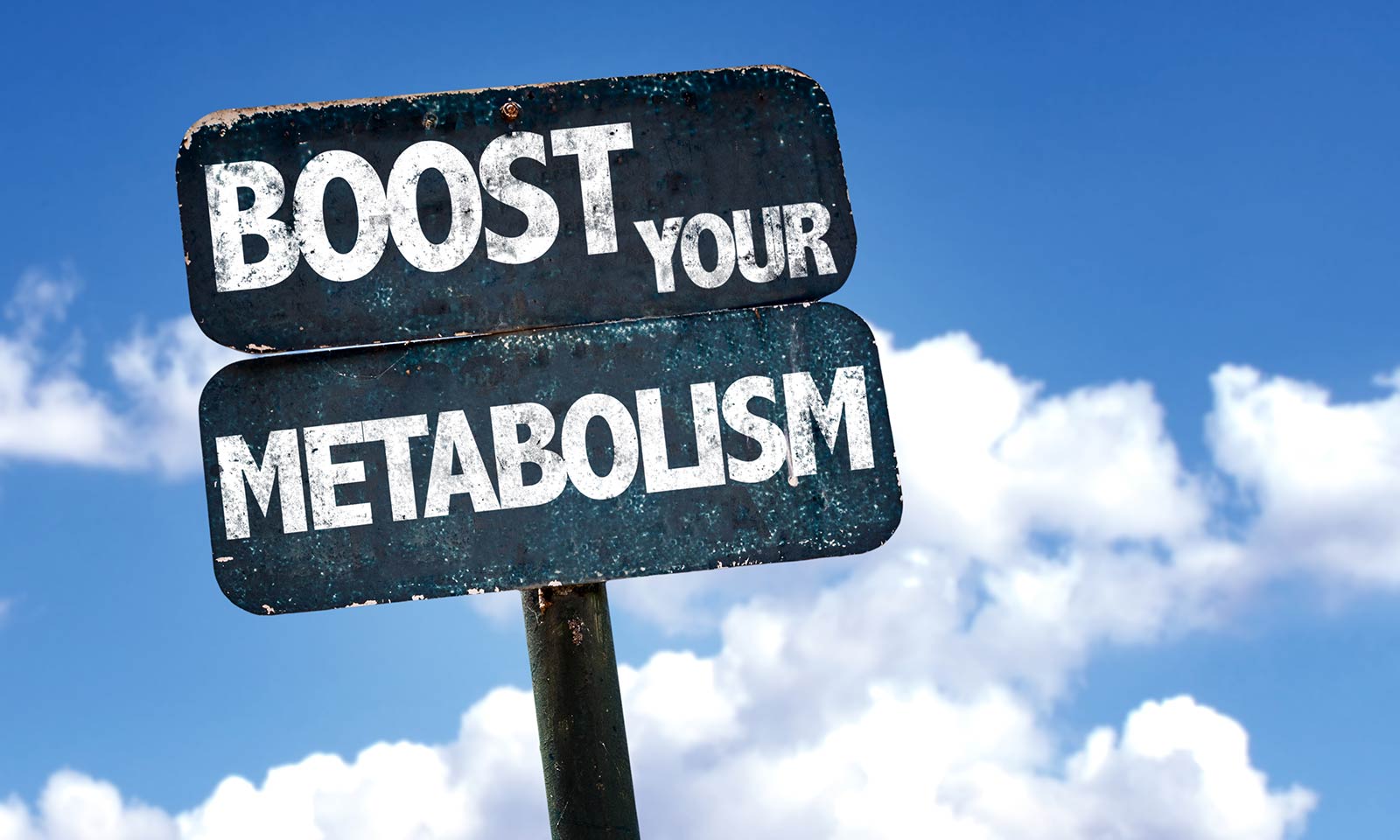 The thought of dieting is the easiest thing in the world, when you’re full up after just having eaten a large meal that certainly wouldn’t be recommended by very many fitness experts. When you’re hungry and craving unhealthy junk food, which sadly, let’s face it, tastes pretty amazing, dieting becomes a whole new experience altogether. The main reason why people go on diets isn’t for health purposes, it is more often than not, to allow them to lose body fat, and yes ok, losing excess body fat does improve your health, but that isn’t why most people do it. Most people embark on diets and extreme exercise regimes in order to lose fat so that they look better. Losing fat however, is far easier said than done, especially if you happen to go about things all wrong. Most people still seem to think that starvation is the key to weight loss, and as a result, they’ll go on diets which put them in extreme calorie deficits every single day. What’s more, they’ll also skip meals so that they can have larger portions later on in the day, which again, is not the way to go about things. If we really want to be pedantic, starvation diets are great for weight loss, the problem is that much of the weight you lose won’t be body fat at all, it will instead be muscle mass. You may jump on the scales and be several pounds lighter, yet if you measured your body fat percentages, they may only be down marginally, whilst your lean muscle mass levels may have reduced pretty dramatically. The key to fat loss, and indeed to increased energy levels, is an efficient metabolism, and the good news is that there are several things you can do to increase your metabolism in a safe and natural way. Here are just a few of the most effective examples.

As mentioned, people often skip meals and starve themselves when trying to lose body fat, when in reality, all that does is has a negative effect on the body. In order to fire your metabolism up, which will then burn more calories and, by default, produce more energy in the process, you need to eat small and balanced meals, every few hours. It may sound counterproductive to some of you, but in actual fact, this really is testament to the fact that you should eat more to lose weight. Rather than starve yourself, eat a healthy, small, and balanced meal or snack, every three hours or so, and your energy levels will be sky high, whilst your metabolism will run more efficiently than it has in years. By eating small and frequent meals, you are constantly keeping your metabolism fed with the fuel it requires to function. If you skip meals and then decide to eat one huge meal at night, it can become bogged down and will function inefficiently.

By now you should know that you should never skip meals at the best of times, but in terms of importance, breakfast isn’t referred to as the most important meal of the day just for the sake of things, it is referred to as the most important meal of the day, because technically, it is. When you go to bed, you probably don’t go to bed on a full stomach as that is uncomfortable, so that means you will have eaten a good two hours or so before going to sleep. Say that you sleep for 8 hours, when you wake up, that’s 10 whole hours without food. If you skip breakfast, you probably wouldn’t eat for another two or three hours, so that would be around 12 hours without eating! During the night, your metabolism slows down and becomes sluggish, because you require far less energy when you sleep. When you wake up, your metabolism is still in sleep mode, which means it’s running slowly, which means it is burning calories slowly. You need to fire your metabolism up and get it kick started for the day ahead, which is why breakfast is so important. Opt for a healthy and balanced breakfast, and your energy levels will quickly improve once your metabolism is up and running.

In terms of metabolism, protein is absolutely essential for a number of reasons. Protein is comprised of a selection of different amino acids, as they are literally the building blocks of protein. Not only are amino acids very good for us, they are also very difficult for the body to digest, which is why protein is difficult to digest and breakdown. Protein is known as a “thermogenic” compound because of this, because the body has to work so hard to digest it and break it down. As the body has to work harder, it needs more energy, so your metabolism works harder and burns more calories. This means that you can literally lose weight by simply digesting and breaking down your food. Overtime, this can permanently increase your metabolism, as high protein consumption can burn off an extra 150 – 200 calories each day. Protein also promotes lean muscle mass, and as muscle mass requires more calories for maintenance than body fat, again, the metabolism has to work harder still, which is why muscular people require more calories per day than average sized people.

Exercise in general is great for burning off calories and firing up the metabolism, but if you really want to see and feel a difference, make sure you lift weights regularly and incorporate more resistance training into your exercise regime. This is because lifting weights helps to increase lean muscle mass, and as previously mentioned, increased muscle mass means an increase in the metabolism, because muscle burns off more calories at maintenance, than body fat. The more muscle you pile on, the more efficient your metabolism becomes which is actually beneficial in terms of athletic performance as well, because the more calories you burn, the more calories will be converted into energy, so your workouts become more efficient.

Avoid simple carbs for much of the day

Simple carbs contain simple sugars and are much more easily absorbed by the body than complex carbohydrates. Because they’re absorbed so quickly, they cause blood sugar levels to rise, which in turn causes a spike in insulin levels to attempt to bring them down and get them under control. This spike in insulin however, actually promotes the storage of body fat and slows down your metabolism. The only time a spike in insulin is ever beneficial, is immediately after a workout, otherwise, avoid them at all costs. Instead of simple carbs, get your carbs from complex sources such as: potatoes, brown rice, whole wheat pasta, whole grains, vegetables, and some fruits.

Cut out the booze

If you’re partial to a drink or two, you’re going to have to be willing to make some sacrifices if you’re serious about revving up your metabolism and losing weight, as alcohol is notorious for its metabolic suppressing abilities. Not only that however, but studies have also found that alcohol can lead to cravings for unhealthy foods, and what’s more, combining alcohol with food results in the calories found in the alcohol being burnt off first, so more of the calories that come from your meal will be stored as body fat instead of being burnt off. So, not only will your metabolism be slower, but you’ll also store more calories as fat as well, so you may want to skip that glass of wine with dinner, and save it for special occasions instead.

It may sound bizarre, but studies have found that spicy foods can indeed fire up the metabolism and make it function more efficiently than usual, and it all comes down to a little-known ingredient known as capsaicin. Capsaicin is the ingredient found within chilli peppers that gives them their heat. If you read the ingredients labels of many fat-burning supplements nowadays, you’ll see that one of their key ingredients is capsaicin. When we consume spicy food, the body produces hormones such as adrenalin and endorphins, which then make the body temporarily, burn off more calories than usual. Not only that, but spicy foods also increase your core body temperature, which, in order for this to occur, again, more calories need to be burnt off by your metabolism. You don’t need to eat the hottest chillies in the world, but if you’re a fan of spicy food to begin with, you now have an excuse to consume even more, providing it’s healthy of course.

Get plenty of sleep

Finally, the last thing you can do to help ensure that your metabolism is firing on all cylinders, is to ensure you get plenty of sleep. When you’re tired, you feel lethargic and sluggish, because your metabolism is so suppressed. Studies have found that individuals that get between 7 and 9 hours of sleep per night, have far more efficient metabolisms than those that get less than that.