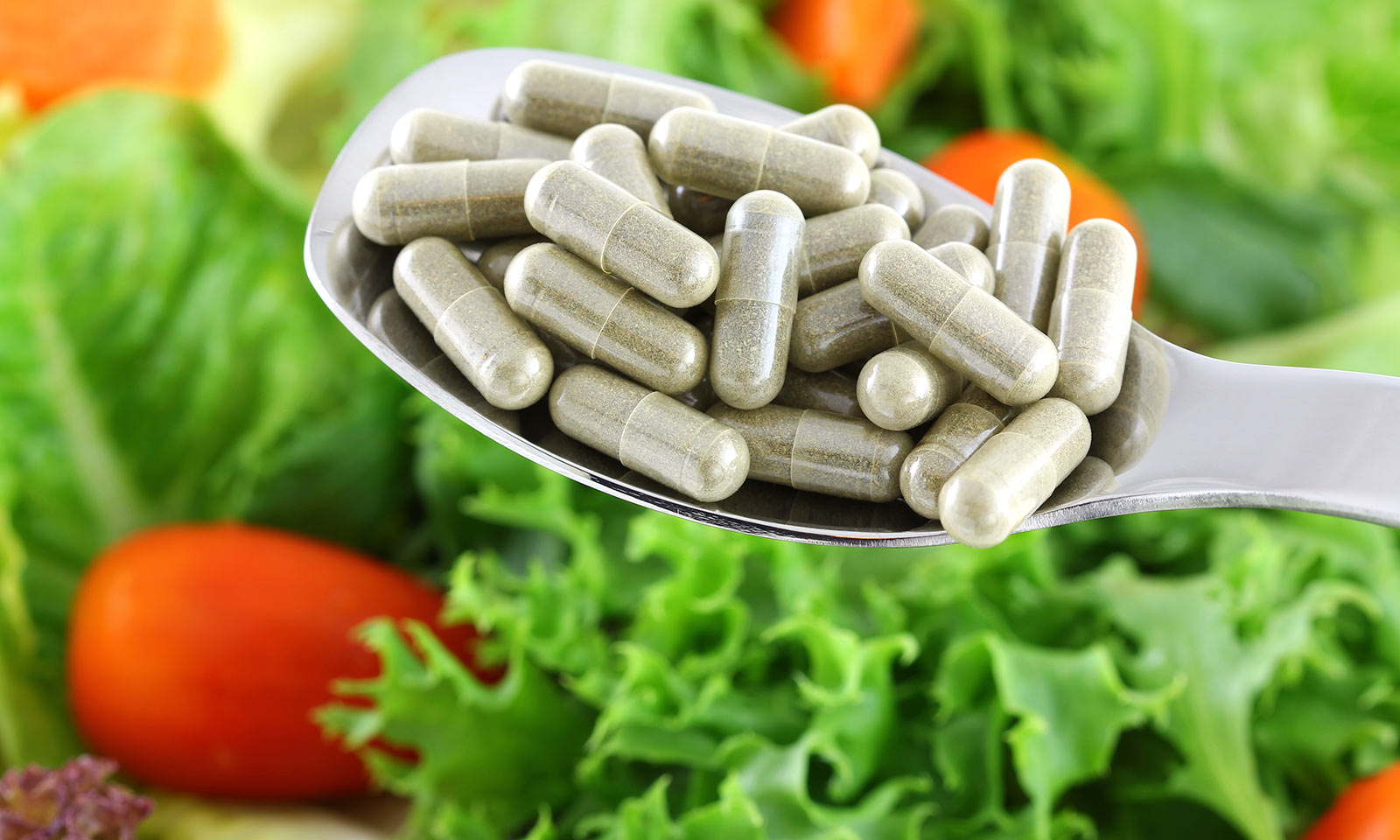 Losing weight, or should we say, losing fat, is generally not an enjoyable experience, and it is certainly not something that comes easily to most people, because if it did, obesity levels all over the world, wouldn’t be through the roof. Being overweight however, is certainly nothing to enjoy as not only will it make you feel self conscious and unattractive, it will also leave you vulnerable to a whole host of various health and medical conditions. Last year alone, healthcare officials and governments spent billions upon billions on obesity-related health conditions, and sadly, life expectancies are rapidly reducing with each passing year. Being overweight puts you at risk of suffering from: cardiovascular disease, hypertension, renal failure, organ failure, depression, blocked arteries, stroke, heart attack, diabetes, fatty liver disease, and much more besides. Now, there is no secret to losing weight, and sadly, there is no miracle cure, which means that those on the lookout for a quick fix, will be very bitterly disappointed as there isn’t one. The main most critical components of any weight loss plan are: diet, and exercise. Avoid junk foods, unhealthy processed foods, and huge quantities, and instead, eat more fresher, healthier, and more nutritious foods instead. As far as exercise goes, simply choose any form of physical activity that you enjoy, and that you know you’ll be able to stick to. Once you have both, diet, and exercise, under control, you can then begin to think about turning to health supplements. Whilst there are no supplements out there that will allow you to binge eat, and do very little exercise and still lose weight, there are ones out there that work incredibly well when used in conjunction with diet and exercise. Here’s a look at some of the top supplements for weight loss.

Starting off with the most obvious choice, we’ll begin by looking at fat burners. Now, with these products, the clue’s in the name, and, if used correctly, you will begin noticing some very impressive weight loss results, in a relatively short amount of time. Fat burners contain natural ingredients, although the majority of them contain caffeine as the primary ingredient. The caffeine, and various other stimulants found naturally in these fat burners, help to raise your core body temperature and therefore boost the metabolism. This increase in metabolism means that you not only burn calories quicker, but you will also have more energy, so you will become more active, and will burn off even more calories. Just be careful when using fat burners however, as they do contain potent ingredients, such as caffeine, that can have detrimental side effects if abused. Not only that, but you should also only buy from reputable suppliers and manufacturers, just to be sure that the product you are buying, is indeed safe and reliable.

HCA, or Hydroxycitrate, Hydroxycitric Acid, is another very potent natural supplement that has been found to provide the body with a whole host of health and fitness benefits, especially in terms of fat loss. HCA is a natural salt which is derived from dried fruit rind, particularly Garcinia Cambogia fruits, and brindal berries, both of which are native to South East Asia. A traditional ingredient in many ayurvedic medicines, HCA is used to treat joint issues, digestive issues, and weight-related issues. Numerous studies have found that HCA is incredibly effective in terms of fat loss, due to the fact that it increases the natural metabolism of fat, it vastly reduces fat absorption, and it helps to naturally suppress the appetite. What’s more, it is also considered a very healthy supplement, due to the fact that it increases HDL (good) cholesterol, and lowers LDL (bad) cholesterol, protecting against cardiovascular and circulatory issues, and much more besides.

Now, those of you who are squeamish and have weak stomachs, may wish to skip reading about this next supplement, so just be warned. Still with us? Good, you’re brave, and we like that. Chitosan is actually a form of fiber that is derived from the exoskeletons (shells) of molluscs, insects, and crustaceans. Because it is a dietary fiber, studies have found that it can provide a number of benefits for a person looking to lose weight. To begin with, the fiber actually swells up inside of the stomach, and, when it comes into contact with water, it forms a thick paste which coats the lining of the stomach, helping to keep us feeling full for longer. This is important because the fuller we feel, the less likely we will be to binge eat and crave unhealthy foods that we know we shouldn’t be eating. Not only that, but it can also greatly reduce fat absorption, meaning that less fat is absorbed by the body, and the less fat that is absorbed, the less fat can be stored.

People often think of whey protein as a bodybuilder-exclusive supplement, when in reality, whey protein can be taken by anybody, especially those looking to lose body fat. You see, whey protein is ideal for weight loss, due largely to the fact that protein is tough for the body to digest, meaning that it helps to suppress the appetite and keep you feeling full for longer. Not only that, but the body actually burns off more energy just breaking down the protein and digesting it. Protein also promotes the growth and repair of muscle tissue, and the more muscular a person is, the higher their metabolism becomes. This is because protein requires almost twice as many calories just to maintain itself, than body fat, so the more muscular you are, the more calories you burn and the more efficient your metabolism becomes, even in a rested state.

As well as being a natural ingredient found in fat burning supplements, caffeine as a lone supplement, is also proving to be incredibly beneficial, especially in terms of fat loss. Numerous studies have revealed that caffeine can greatly assist with fat oxidation, which is basically the term given to describe the body’s natural ability to break fat molecules and convert them into a source of energy. Caffeine can also stimulate a person’s central nervous system, which can then result in numerous molecules and nutrients being released by the body, including, you will be very happy to hear, stored body fat. These nutrients and molecules are then converted into energy by the body, so caffeine can basically encourage your body to use its own body fat reserves as a form of energy. On top of that, its stimulating effects naturally boost the metabolism, so you burn more calories, and the increase in energy that the caffeine provides, can make your workouts more effective, so you burn even more calories off. Just be wary of too much caffeine, as it can be dangerous and can cause some pretty unpleasant side effects, including insomnia.

CLA, or Conjugated Linoleic Acid, is a form of healthy fat that actually helps the body to burn stored body fat. Some of you may struggle with the concept of consuming fat to burn fat, but stick with us, because all will become clear. Omega 3 fatty acids provide countless benefits for the body, including the fact that they boost brain health, they improve joint health, they increase immunity, they improve eyesight, and they even assist with digestion. On top of that however they can actually boost the metabolism and allow you to burn off more calories. CLA is a form of omega 3 fatty acid that is located in dairy products and red meat primarily. Studies have found that CLA, as well as boosting the metabolism, can also enhance fat oxidation and can help stimulate the production and secretion of fat burning enzymes within the human body.

Glucomannan is very much the supplement of the year so far, and that trend only looks set to continue for the foreseeable future. Glucomannan comes naturally from a plant native to Asia, and it is packed full of fiber which helps to regulate blood sugar levels. This is important because unstable blood sugar levels can result in insulin resistance which can then cause weight gain, as well as conditions such as Type 2 Diabetes. The fiber contained in glucomannan actually helps to absorb water within the digestive tract, whilst reducing the absorption of carbohydrates and LDL cholesterol. Not only is it great for weight loss, it is also considered a very beneficial day to day health supplement as well.

Green Tea is considered one of the healthiest beverages in the world, due largely to the fact that, as well as caffeine, it is full of powerful antioxidants. One antioxidant in particular, is one known as Epigallo Catechin Galate, or EGCG for short. This phytochemical has been found to increase fat oxidation and increase thermogenesis which results in an increase in body fat being burnt off and converted into energy. On average, green tea extract, even consumed on low dosages, can increase fat oxidation by as much as 33% on average.