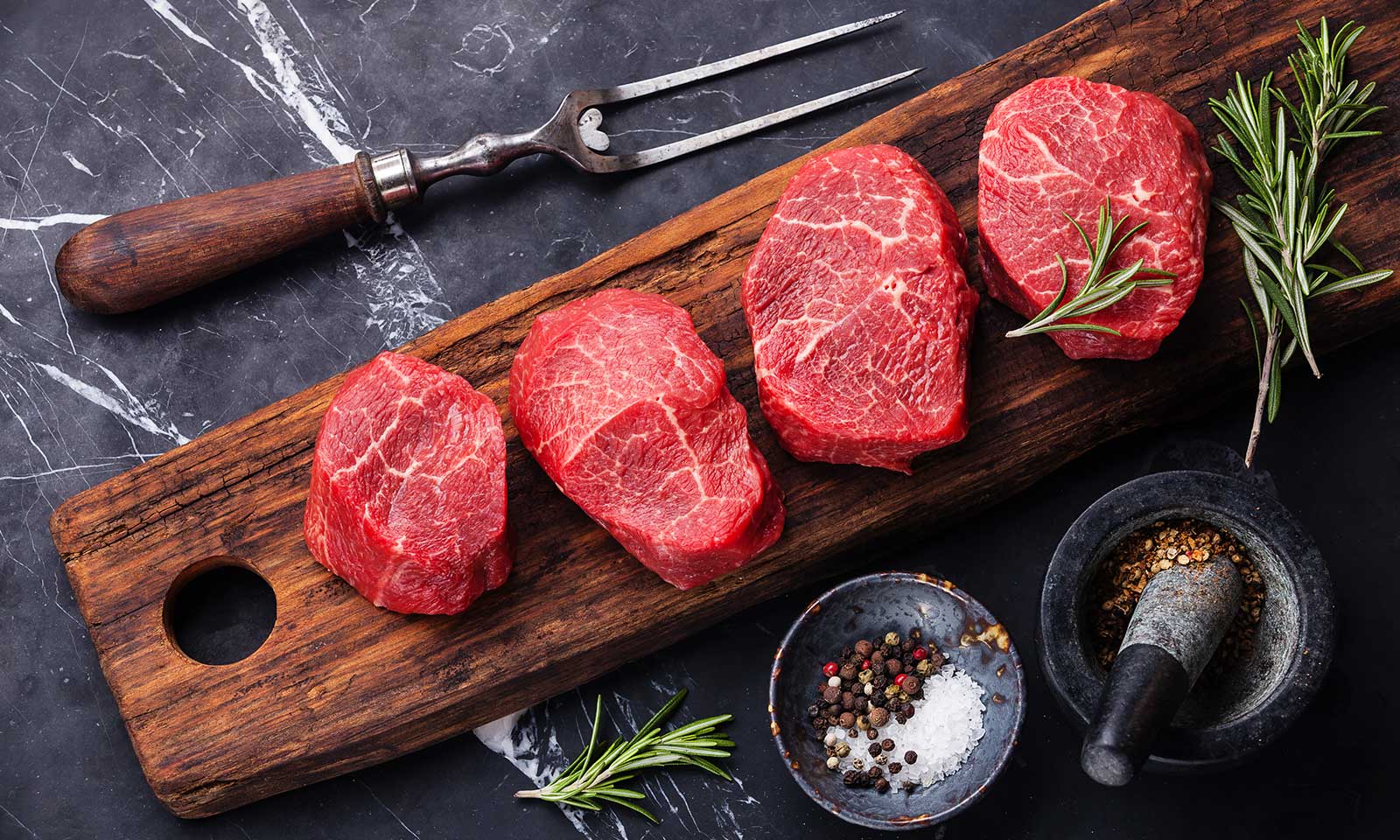 If you’re a self-confessed carnivore that simply can’t get enough meat, there will be few finer feelings in life than tucking into a perfectly cooked, juicy and tender steak with all of the trimmings. In reality there are many different forms of red meat currently available to us, with each one offering its own unique distinct taste, texture, and flavour. In the past, red meat, like pretty much every other food for that matter, received a deal of negative press that was pretty unfair if truth be told. People were convinced that red meat was full of unhealthy fats, that it could damage the internal organs, could harm the digestive system, and could even contribute towards certain cancers. Again, as time went by and more and more research was performed, experts were forced to admit that perhaps they had overreacted and jumped the gun slightly, and in actual fact, if consumed in moderation rather than in excess, not only was red meat perfectly acceptable for us, it could even be highly beneficial for us as well. Red meat not only tastes great, it also offers us numerous health benefits in the process, and providing you don’t go crazy and overindulge, by consuming red meat on a regular basis, you could benefit in the number of different ways. Here’s a look at five great reasons to eat red meat.

It’s a great source of protein

People hear the word ‘protein’ and immediately think of bodybuilders and weightlifters looking to build muscle. Whilst it’s true that protein is indeed an essential macronutrient required for the growth and repair of muscle tissue, it is also an essential macronutrient for everyday health and well-being as well, due largely to the fact that it plays a key role in cellular health. When you consider the fact that we’re essentially made up of billions upon billions of microscopic cells, keeping them healthy and well maintained probably all of a sudden sounds much more appealing. Red meat is a fantastic source of protein and amino acids, with 100g containing, on average, around 22 – 25g of protein. What’s more is the fact that it is considered to be a complete protein, which basically means that it contains each one of the nine essential amino acids required by the body. Animal proteins are classed as purer and more beneficial forms of protein than those derived from plant-based sources, as they generally have a much higher biological value.

Currently there is a lot of negative attention surrounding gluten and foods containing gluten, which are most commonly: grains, cereals, wheat, and other products created thanks to farming and agriculture. Food intolerances and allergies are on the increase with many experts believing this to be down to evolution. Flours, wheat, grains, and cereals etc are all created thanks to farming and agriculture, yet have only been available to us for around 10,000 years. 10,000 years sounds like an incredibly long time, but from an evolutionary standpoint, it really isn’t. On the flipside however, since our caveman ancestors roamed the earth, we’ve been consuming meat, fish, fruits, nuts, seeds, and some vegetables etc for millions upon millions of years. Because of this, as we’ve been eating these foods for so long, our digestive systems are better designed to be able to digest them and break them down more effectively, allowing for maximum nutrient extraction and making us far less likely to suffer from meat-related food allergies and intolerances. This is part of the reason why paleo-based diets are becoming more popular.

It’s a great source of iron

Red meat is rich in numerous vitamins, minerals, and antioxidants, which we’ll get to shortly. In the meantime however, we’ll focus on one mineral in particular, that red meat has in abundance, and that is iron. Iron in red meat is provided in its most readily absorbable form, which is haeme. Around 30% of all Haeme iron is able to be absorbed by the human body, whereas iron found in plant-based foods in non-haeme form is only absorbed by as much as around 3%. Iron is also essential for optimal blood health as well as metabolism and cell respiration as well. Iron is responsible for haemoglobin production, which in turn is responsible for the transportation of oxygen to the lungs and around the body in the bloodstream. See, haeme-HAEmoglobin?

Red meat is rich in other nutrients

As well as iron, red meat is also packed full of other nutrients as well, including vitamins, minerals, and antioxidants that are essential for so many functions and organs within our bodies. Red meat is able to boast an almost complete vitamin and mineral content profile, and is especially rich in iron, zinc, and B vitamins including vitamins B12, vitamin B3, and vitamin B6. Other nutrients include niacin, phosphorus, zinc, and calcium. Because of this, red meat can benefit the digestive system, the immune system, the circulatory system, the reproductive system, the respiratory system, metabolism, bone density and health, energy levels, and more. Studies have also found that a vitamin B12 deficiency could lead to Alzheimer’s disease and dementia later on in life. As if that wasn’t enough, red meat also contains powerful antioxidants, including alpha lipoic acid which helps to destroy free radicals, prevent cell oxidisation and mutation, protect against numerous forms of cancer, and help top regulate blood sugar levels.

Up until recently, we were lead to believe that saturated fat was one of the worst fats for us, but nowadays scientists and other experts have found that saturated fats which come from natural sources, can actually be beneficial and very healthy for us. Many forms of red meat contain equal ratios of monounsaturated fat, which is a very healthy fat, and saturated fat. Because of this balanced fatty acid profile, it makes red meat a great source of omega 3 fatty acids, which are incredibly healthy and beneficial for us. However, there is a catch and that catch is that the healthy fats found in red meat will only be found in grass-fed meat, preferably organic, so grain-fed just isn’t going to cut it unfortunately.