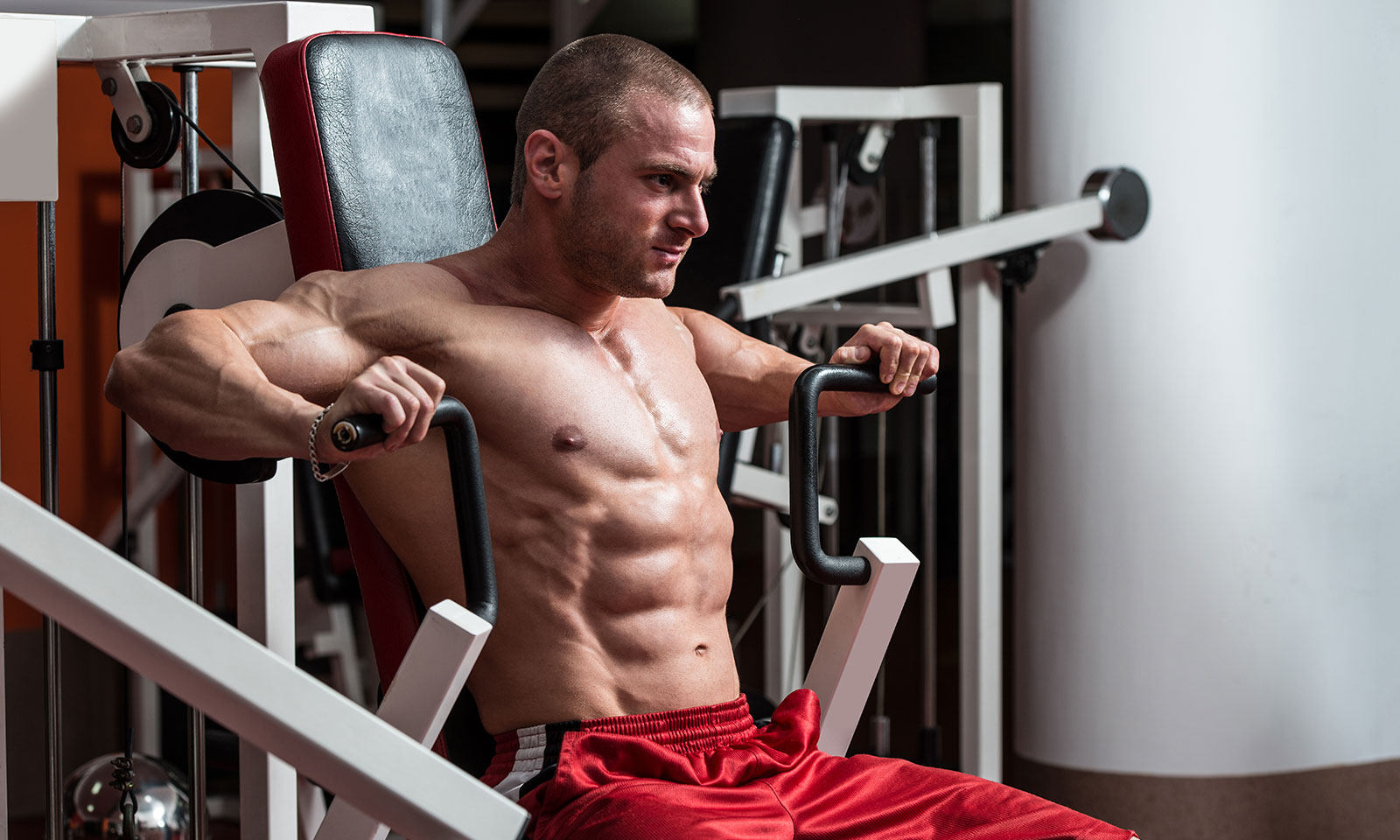 We all obviously want to be as fit and as healthy as we possibly can, yet sadly for many, not all of us are willing to put in enough hard work to really build upon and improve upon these aspects of our lives. When it comes to testosterone for example, as we grow older, testosterone levels in men begin to greatly decline every single year, which can have a wide variety of knock on effects for the body, and indeed our wellness in general. Testosterone is the dominant male sexual hormone that plays a part in a number of key roles and processes within the human body. Testosterone provides a number of benefits and advantages to the human body, including the fact that it can: help boost muscle mass, increase muscle strength, boost the metabolism and increase fat loss, improve bone and organ health and function, improve fertility and sperm production, boost sex drive and libido, and much more besides. Sadly, our testosterone levels quickly peak as we grow and develop, and are generally at their highest when we reach our mid-to-late teens and early twenties. From here, as times goes by, testosterone levels begin to gradually decline every single year. Some people already naturally have low levels of testosterone, so once these levels of the hormone begin to decline even more, those individuals in question are likely to suffer. Also known as hypogonadism, low testosterone can affect a number of different aspects of a person’s life, which is why it’s so important to do all that we can to increase our T levels. Not only are there supplements and medications you can take to boost testosterone, there are also foods you can consume that will greatly boost natural T levels. Here’s a look at just a few of the most popular and beneficial foods for increasing testosterone.

Tuna fish is not only a delicious food stuff, it also happens to be incredibly healthy and one of the healthiest types of fish currently consumed. Tuna is low in calories, it is packed full of healthy minerals, and protein, and it is rich in vitamins as well. One of the most beneficial vitamins in regards to boosting testosterone is vitamin D and tuna just so happens to be packed full it. Vitamin D is an essential nutrient that enables the human body to be able to absorb calcium from foods, drinks, and supplements we consume. People think that by drinking milk, eating cheese, and taking calcium supplements, that they will be getting more than enough calcium into their systems, when in reality, if they’re deficient in vitamin D, that calcium will not be able to be absorbed by the body and will simply go to waste. Studies have found that calcium assists with natural testosterone production, which is why experts believe that vitamin D plays such a vital role in testosterone production. As well as that, as tuna is packed full of protein and amino acid, it helps to promote muscle growth and repair, and muscle growth generally tends to also lead to natural increases of testosterone secretion within the body.

Sticking with the seafood theme, next on our list we have shrimp. Shrimp is another food that greatly helps to enhance vitamin D levels internally, and as you now know, vitamin D has been heavily linked with testosterone. In a number of studies conducted all over the globe, including the Harvard school of public health, located in Boston, experts found that individuals with high levels of vitamin D in their systems, also had high levels of testosterone, and those with low testosterone, also happened to have low levels of vitamin D. Shrimp also contains minerals including zinc, which also helps to boost T production. If you’re looking to bulk up and lean out, shrimp is ideal as it is low in fat and calories, and packed full of protein, so when you combine that with the fact that it also helps to increase testosterone, shrimp suddenly becomes an ideal candidate for anybody trying to increase their lean muscle mass.

The next time you’re hollowing out your pumpkin at Halloween, rather than throwing the seeds into the trash, you may wish to hang onto them. Alternatively of course, you could pick up a pack at your local health store instead. Why would you want to consume pumpkin seeds? Because they’re absolutely ideal for increasing testosterone, and they also happen to provide a number of other health benefits in the process. In terms of testosterone production, it’s mainly due to the fact that pumpkin seeds are packed full of zinc, that they’re considered so beneficial. You see, zinc is a mineral which plays a number of key roles in countless enzymatic processes and reactions within the human body, with one of them being the natural production of hormones such as HGH and testosterone. It’s not a coincidence that men with zinc deficiencies and low levels of zinc, just so happened to also have low testosterone levels, and vice versa. Zinc also helps to boost the immune system which will help keep you fitter and healthier, which also can’t hurt in regards to testosterone production. For the ultimate anabolic shake, how about adding a handful of pumpkin seeds to your next protein shake and letting them work their magic?

Coconuts are not only delicious, rich, and creamy, they’re also now considered incredibly healthy, which is one of the reasons why organic coconut sales have shot through the roof over the last 18 months or so. One of the main reasons why coconuts, and indeed coconut oil for that matter, are considered beneficial for testosterone levels, is all down to the natural fat content. Coconuts contain natural medium-chain Triglycerides, or MCTs for short, which are basically healthy forms of saturated fat. Provided it comes from natural sources and is consumed in moderation, saturated fat is actually incredibly healthy and beneficial, with one of the main benefits being the fact that it helps to body to naturally synthesize more testosterone. Studies found that men who switched from diets consisting of moderate/high levels of healthy fats, paleo and keto for example, to a low fat diet, noted that not long after they switched over to the low fat diet, their testosterone levels began to gradually decline.

Another very beneficial form of seafood which is considered essential when it comes to testosterone production is oysters, yet many people tend to avoid them. You may be aware that oysters are considered a natural aphrodisiac that help to boost libido and sex drive, and the reason for this is because they help to boost testosterone, which also boosts those things. The main reason why oysters are considered such potent test-boosters is the fact that they are full of minerals such as iron and zinc. We now know that zinc helps to regulate hormones and increase testosterone production, but what about iron? Well, iron helps to increase haemoglobin production and blood cell counts, which means that more oxygen and nutrients can be carried around the body, making it more efficient in everything that it does, including being able to produce more testosterone.

Next up on our list we have wheat bran, which many people may be pretty surprised to see. Wheat bran is packed full of dietary fiber and nutrients that provide a number of distinct benefits to the body, including being able to increase T levels. You see, the bran of these wheat kernels is rich in minerals, including zinc and iron, which we now know about. However, another mineral that has not yet been introduced, is magnesium. Bran is a great source of magnesium, which experts have found plays a vital role in Test production. A number of studies found that when males consumed increased amounts of magnesium for a number of weeks, with each passing week, their testosterone levels also began increasing, becoming more and more noticeable as time went by. Experts also revealed that the magnesium found in wheat bran, became even more effective at bolstering testosterone levels, when it was used in conjunction with high intensity exercise. Why not start your day with a bowl of bran to really help your T levels?

Ok, technically not a food, although whey protein is found naturally in certain foods, including ricotta cheese, but even so, whey protein has been found to be very useful for anybody battling low T levels. Whether you get your whey in supplement form, or from cheese or dairy produce, the one thing you can be sure of, is the fact that whey plays a very important role in the production of testosterone. The main reason for this is all down to a stress hormone called cortisol. When we’re stressed, in pain, or suffering etc, our bodies secrete more cortisol than usual, which is why testosterone production is often affected as a result of increased levels of cortisol in the body. You see, cortisol has been found to hinder the production of sexual health hormones, including HGH and testosterone. Whey protein however, works by blunting cortisol responses within the body, thereby making it much less effective and detrimental to our health and well-being.