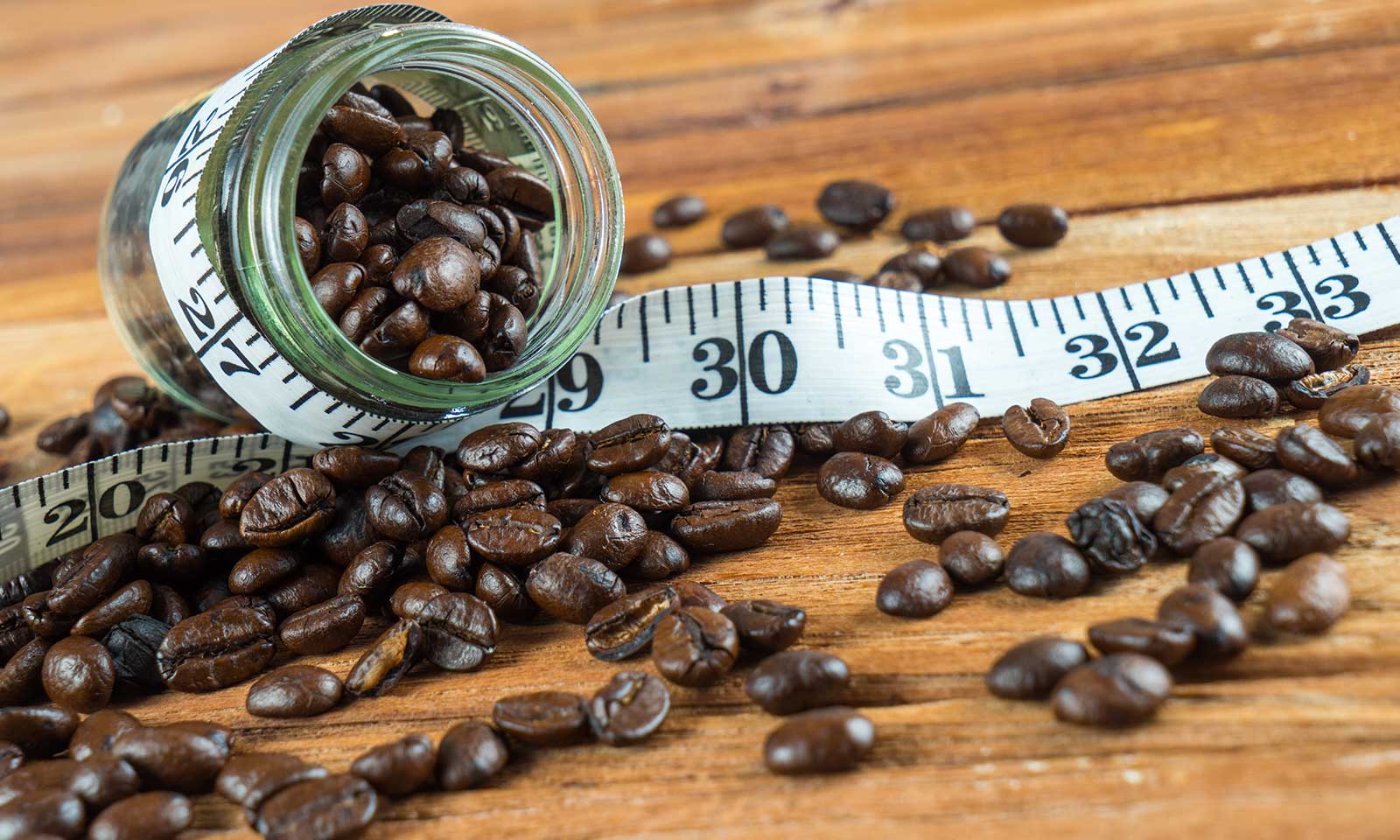 When it comes to weight loss, it seems as if many of us are sadly still searching for that elusive magic pill, which sadly doesn’t exist as yet, which means that we unfortunately need to actually get off of our butts and put in the hard work if we wish to lose weight and look great. With that being said however, that doesn’t mean that supplements and various foods and beverages can’t play a part in our weight loss progress because they can, some more so than others. As you will all probably be able to attest to, losing body fat is an incredibly tiresome, long-winded, drawn out, and stressful affair that can make life pretty unbearable at times. Losing weight is much, much, much, much, much harder than gaining weight, which appears to be another one of life’s cruel and ironic jokes. It takes weeks, even months to lose X amount of weight, yet one or two bad meals later, and we find ourselves right back where we started. However, that doesn’t mean we should give up or sit around feeling sorry for ourselves, it simply means we will need to work that little bit harder, and perhaps educate ourselves a little better on the topic of weight loss. We all know that in order to lose weight, experts will all unanimously agree that we should do so in a manner which incorporates plenty of physical exercise, used in conjunction with a healthy diet. Diet and exercise however, will only get us so far, which is why we should also think about supplementation and turning to nature for a helping hand. One compound in particular, that is proving extremely useful for weight loss, is caffeine, which is what we’ll be focusing on right now.

Caffeine is actually a naturally occurring chemical compound with stimulating effects on the human body. Its chemical name is trimethylxanthine, but we’ll stick to calling it caffeine. Caffeine is found naturally within tea and coffee plants, found mainly within the leaves. Its primary use within tea and coffee plants however, is to actually function as a pesticide to keep pests away. Obviously it isn’t poisonous to humans, but to insects and pests in general, it is, which makes it the perfect defence mechanism for the plants. Caffeine on humans however, has very potent and very stimulating effects that provide a number of health benefits to the body, although there are many dangers associated with it as well, particularly if you consume too much of it. An interesting fact is that the word ‘caffeine’ actually originated from the French word cafe, and the German word Kaffee, which both mean “coffee”.

Is caffeine as great as people make it out to be?

To be honest, providing you use the substance safely and as should be used, caffeine is considered to be one of the most beneficial natural substances and compounds in the entire world. In recent literature alone, there are close to 20,000 studies based on caffeine consumption, and the various sources it s found in, with many experts finding that the most beneficial source of caffeine, to be coffee. Although caffeine from coffee is considered to be the most beneficial, that does not mean that other sources of caffeine aren’t healthy or beneficial, because they most certainly are. With that being said however, there are certain risks and dangers associated with caffeine, which we’ll be looking at in more detail a little later on, but for now, we’ll be looking at the various benefits associated with caffeine consumption.

As you all know, losing body fat is not easy, and that’s putting things mildly. One thing you may also have noticed, is that, if you read the ingredients labels of various fat burning supplements and products, you’ll see that one of the primary ingredients found within these products, is caffeine. Whether it’s a pre-workout supplement, a fat burning stack, diet pills, or anything else, if it has anything to do with fat loss or energy production, caffeine is almost certainly going to be a primary ingredient. Not surprisingly then, caffeine is a fantastic fat burning compound for a number of different reasons. The two main reasons why caffeine is considered so beneficial and effective however, are:

Caffeine boosts the metabolism – As you’re probably aware, the faster and more efficient your metabolism is, the more calories and fat you will burn off, and the more energy you will have as a result. On the flipside however, if your metabolism is slow and running ineffectively, you find it tougher to lose weight and easier to gain weight. When we consume caffeine however, it jumpstarts the initial stages of a process known as lipolysis. Lipolysis is basically a process in which the body releases various fatty acids into the bloodstream, as it converts body fat stores into energy. As caffeine jumpstarts lipolysis, it basically means that we produce more energy, by burning off more body fat stores and using them as a primary energy source.

Caffeine increases energy levels – As mentioned, when we convert fatty acids into energy, the more fat we burn, the more energy we have. As you know, trying to exercise when you’re tired and rundown is incredibly difficult, which is another reason why caffeine is so great. You see, by ingesting caffeine, our energy levels sky rocket, which means that we have more energy and can therefore get more done in the gym. Obviously the more productive our workouts become, the more calories we can burn off, which again, means more fat will be lost.

Other health benefits of caffeine

Now that we’ve looked at the two main reasons why caffeine is considered so beneficial for losing weight, we’ll look at some other health benefits associated with this compound. These include:

Increased mental focus – Another fabulous benefit of caffeine, is the fact that, temporarily, for a while after it has been consumed, caffeine can actually increase your metal focus and alertness. As it is a stimulant, caffeine can help to ward off feelings of tiredness and drowsiness and can help you to feel more focussed and alert. This is great as it can help you to get into a better mindset before you exercise, plus it can help you to develop a stronger mind-muscle connection, which will again make your workouts more effective.

Caffeine is good for the brain – On top of being great for energy levels, a number of nootropic compounds and brain health medications and supplements, also contain caffeine, and for very good reason too. Caffeine has been found to help with cognitive function, and can ward off dementia, Alzheimer’s, and other degenerative diseases as well.

How much caffeine should you consume?

As mentioned, caffeine is still dangerous in high dosages, and we’ll look at some of those dangers in just a moment. For the meantime however, we’ll take a look at exactly how much caffeine it is recommended that you consume on a daily basis. In reality, this is a pretty difficult question to answer because different people have different sensitivities to caffeine. For example, somebody who has grown up consuming 3 or more cups of coffee per day, is going to be far less sensitive to caffeine than somebody who barely consumes it, and for that reason, the coffee drinker will probably need more per day in order to feel the benefits. Generally speaking however, people that don’t consume caffeine regularly should begin with around 100 – 300mg per day. However, those who are used to caffeine, should consume more in order to feel the benefits. For most healthy adults however, experts recommend 400mg per day, though some may consume slightly more, which is where things could become dangerous.

The dangers associated with caffeine

Like most things in life, caffeine is perfectly safe when used correctly, yet when used incorrectly and when an individual consumes too much, that is where the dangers lie. Some of the main dangers associated with caffeine include:

Increased risk of heart problems – When you consume caffeine, as it is a stimulant, it increases your heart rate temporarily, and obviously the more you consume, the faster your heart will beat. If you have underlying heart problems or circulatory system issues, you may wish to give caffeine a miss, as it could result in cardiovascular disease or possibly even a heart attack, which is nothing to be taken lightly.

Insomnia – Another risk associated with caffeine is insomnia, especially if you consume too much, or consume it too late. Caffeine is a stimulant which keeps you feeling alert and energized. As you know, in order to sleep, you need to feel tired and relaxed, and so it doesn’t take a genius to work out that the more caffeine you have in your system, and the later at night you consume it, the less likely you are to sleep.