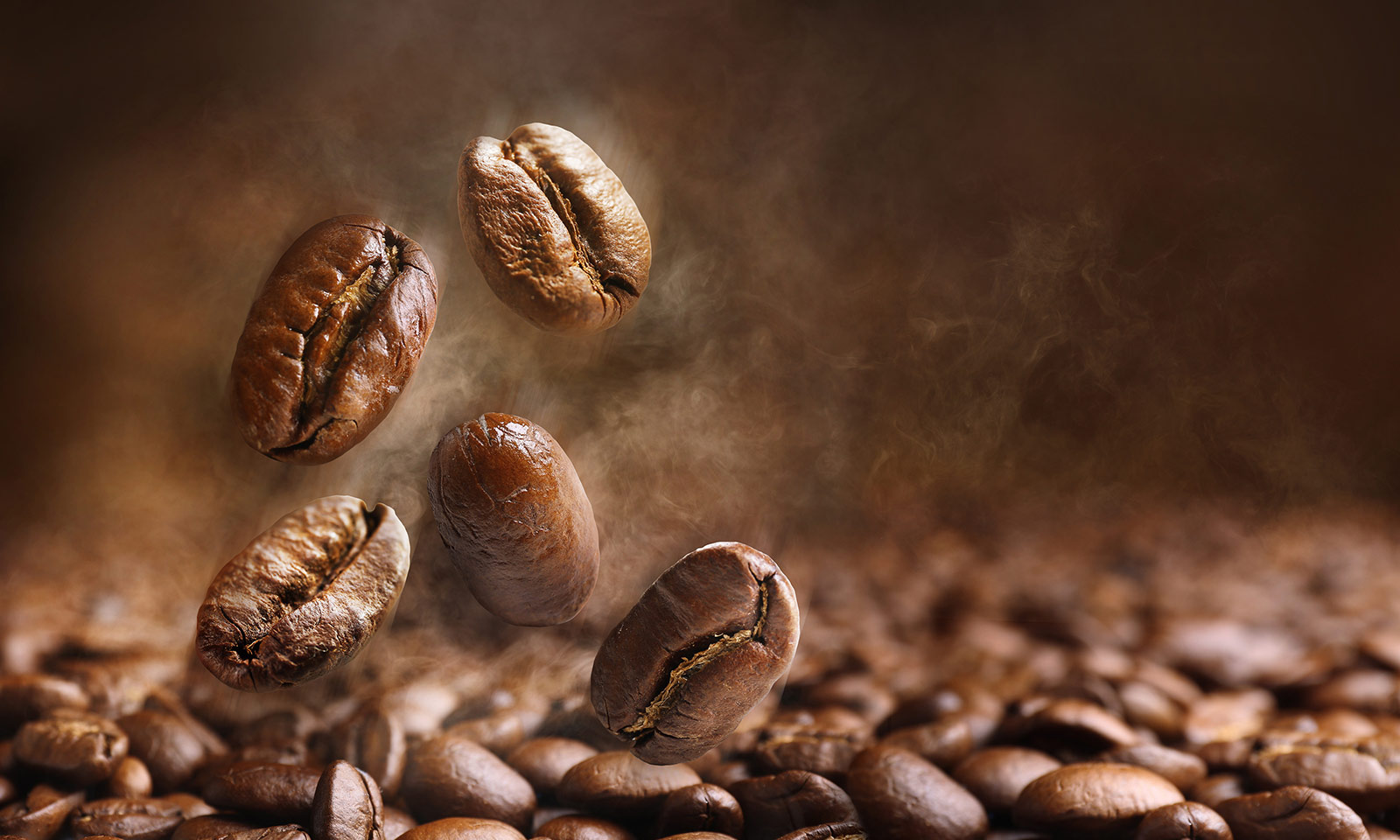 Nowadays, it seems as if society as we know it, is becoming more and more obsessed with body image and appearance on a day to day basis. Because of this, we find ourselves constantly trying to watch what we eat, watching our figures, and busting our butts in the gym until we feel physically sick in the process. What generally tends to happen is that when we go from one extreme, I.E eating junk and being lazy, to another, I.E eating healthy, but incredibly low calorie diets and exercising until we feel sick, it comes as quite a shock to the system to begin with, and we lose a fair amount of fat. Sadly, the body quickly adapts to these changes and our progress becomes slower and slower with each passing day. Eventually, we’ll find ourselves eating boring and tasteless food, constantly feeling tired, hungry, and irritable due to the extreme calorie deficit, and struggling to complete even the most basic of workouts. What generally then happens is that we’ll weigh ourselves, and notice that, after weeks of dieting, exercising, and making ourselves miserable in the process, we’ve lost barely any weight, if any weight at all for that matter. We then likely feel discouraged, will throw the towel in, and stuff our faces full of as much junk food as possible, before repeating the entire vicious circle all over again. Now, don’t get us wrong, calorie restrictive diets rich in healthy foods do work, but extreme deficits, and bland tasting foods are not good for the body, or the psyche for that matter. Ketogenic diets however, are quickly becoming popular once more, and it is ketogenic diets we’ll be looking at here, alongside caffeine and how caffeine effects these diets.

Ketogenic diets, such as ‘keto’ and the Atkins diet, are not new concepts, as they have been around for many decades. It is only recently however, that people have began to realise their true worth and have began embracing ketogenic diet plans. You see, these diets are all based around restricting carbohydrate consumption. The Atkins diet is considered a high protein, moderate fat, low carb diet, whereas keto is considered to be a high fat, moderate protein, low carb diet plan. The thing that makes these diet plans so effective for weight loss however, is the fact that they force to body to enter ketosis. Ketosis occurs when the body utilizes all of its natural glycogen reserves for energy, and therefore runs out of energy and begins searching for an alternative source. Ketone bodies are formed in the liver, when fat is broken down and converted into energy. When we restrict carbohydrates, the body begins to panic as it thinks it is starving and running out of energy. Carbohydrates are the easiest macronutrients for the body to break down and convert into energy, so without them, it doesn’t know what to do. Eventually, after around three days, the body enters a ketogenic state in which it begins burning body fat for energy instead. As mentioned, when the body enters ketosis, ketone bodies will be produced by the liver, and will be excreted in the urine. You can actually purchase special test strips which you can urinate on, to test whether or not ketone bodies are present in your urine. If they are, you are in ketosis, which basically means that your body becomes a fat burning machine, burning stored body fat for energy. Some recent research however, has found that caffeine could actually disrupt the metabolism of glucose, which could actually knock you out of ketosis, which could be disastrous. Despite this however, many experts still believe that caffeine can still be a part of a ketogenic diet plan, providing you don’t go overboard. Before we look at the effects of caffeine on ketosis, let’s first learn a little more about the benefits of caffeine.

What are the main benefits of caffeine?

When following ketogenic diets, most diet plans will encourage you to consume black coffee, with grass-fed butter melted into it and/or double cream instead of milk. Experts have found that there are actually a number of benefits associated with caffeine, especially if you’re physically active and enjoy working out. Some of the main benefits include:

Caffeine increases energy levels – Caffeine is a natural stimulant which actually makes us feel more alert and helps the body to create more energy. The increases in energy are only temporary, but if you consume caffeine before you exercise, or when you wake up, it will help you to feel alert and energized.

Caffeine is good for the brain – As mentioned, caffeine is able to provide temporary increases in mental clarity, focus, and alertness, as well as proving improvements in both short, and long-term memory. However, numerous studies have also found that caffeine can actually be beneficial for the brain, and can help prevent degenerative conditions such as dementia and Alzheimer’s. Many Nootropic drugs contain caffeine as an active ingredient, and it’s easy to understand why.

Caffeine helps burn fat – Another great benefit of caffeine is the fact that it has been proven to increase the metabolism, which in turn, helps the body to burn off excess calories and body fat. Fat burning supplements contain caffeine as one of their primary ingredients, due to the fact that they’re so effective at ramping up the body’s metabolism, allowing us to burn off more calories, and therefore burn off more fat as a result.

So, now that we’ve looked at some of the benefits of caffeine, it’s now time to look at how caffeine MAY affect ketosis. Insulin resistance is basically a term used to describe a cell’s inability to absorb and respond to glucose, which in turn can then lead to an increase in glucose levels, which could then result in weight gain – not something you want if you’re trying to diet. Studies have found that when in a ketogenic state, ketosis can actually reduce insulin resistance and enhance insulin sensitivity, so the cells can absorb more glucose. Basically, insulin is secreted by the pancreas, and then shuttles glucose and other nutrients, out of the bloodstream, and into the awaiting cells scattered all around the body. Enhanced insulin sensitivity can result in increased weight loss. Caffeine however, MAY increase insulin resistance, not to be confused with sensitivity.

As mentioned, some experts believe that caffeine could result in an increase in insulin resistance, which could then result in weight gain, especially when following a ketogenic diet plan. Not only that, but increased insulin resistance can also increase your chances of developing Type 2 Diabetes. In one instance, a study noted that 250mg of caffeine when consumed, did not alter fasting blood glucose levels in the slightest, but it did however, increase glucose levels when 75g of glucose was consumed, when compared with a placebo group.

What does this mean?

Basically, when you consume a meal rich in carbohydrates, caffeine DOES increase blood glucose levels, but studies seem to suggest that when low-carb foods and drinks are consumed, blood glucose levels appear to raise only slightly, if at all. Put simply, it is unclear as to whether or not caffeine can increase glucose levels on low carb diets, but in order for us to know for certain, more studies and more evidence will need to be collected.

What should you do?

If you’ve been following a ketogenic diet for a while, and have been enjoying a cup of black coffee and cream in a morning, and perhaps a zero-carb energy drink before exercising, and have still been losing weight, as the saying goes ‘don’t fix what isn’t broken’. If however, you begin to notice your weight loss slowing down, or perhaps worse still, that you’re actually gaining weight instead, then perhaps you should consider cutting down on the caffeine, or even try cutting it out of your diet entirely for a while, and seeing if that helps or not. On top of that, you can even consider doing your own experiment at home. Purchase some ketone strips, test your ketone levels, test them after caffeine, and then try cutting out caffeine for a week or two, and testing them again. If they remain unchanged, caffeine wasn’t an issue. If however, you’ve noticed that your ketone levels have increased, you may wish to cut out caffeine, or at least, cut right back on it. Remember, each person’s body is different, so do what appears to be working best for you.