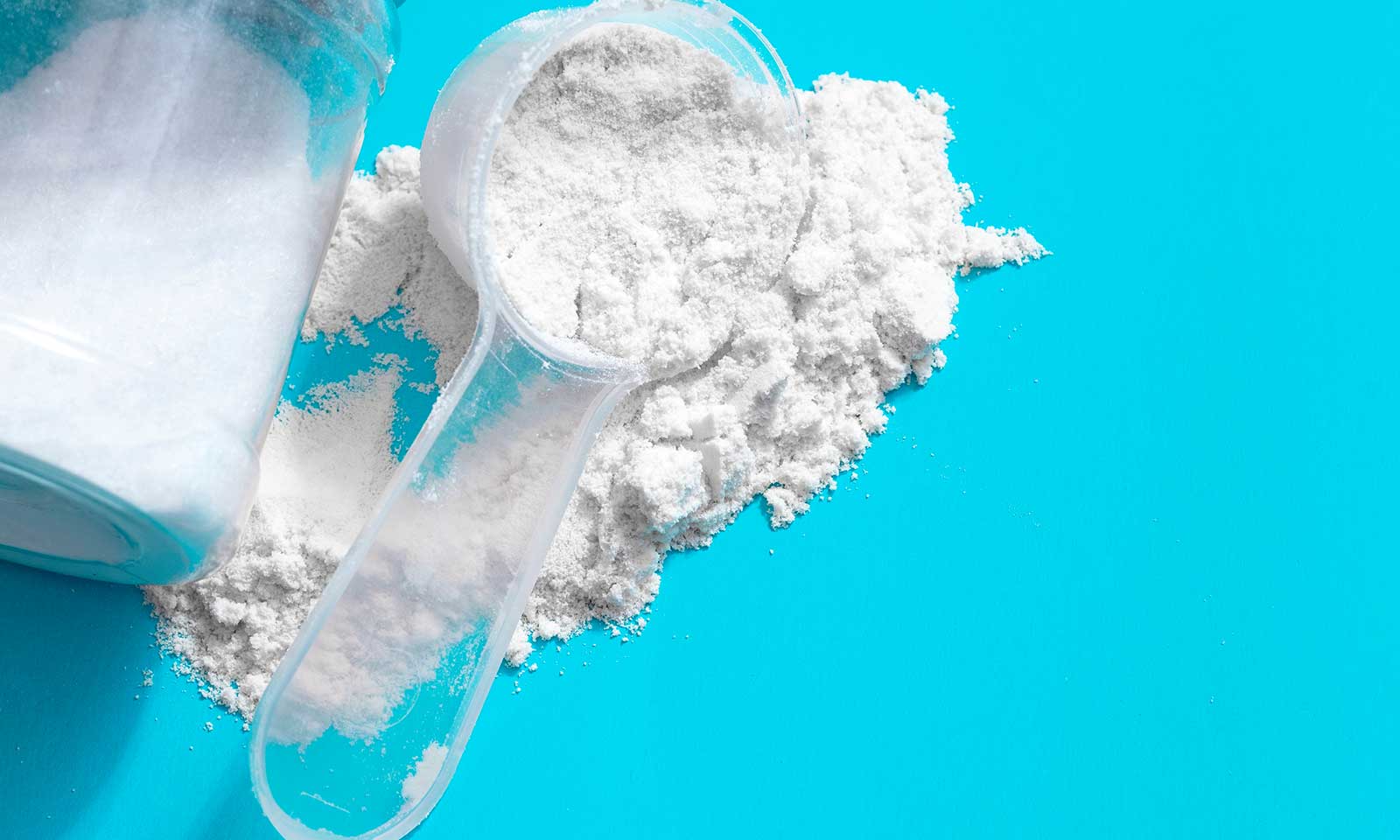 If you’re looking to get in shape, on top of a healthy eating regime and smart training program, many experts recommend that you invest your money, and your time, in sports supplements. The health and fitness community if rife with people from all walks of life, many of whom spend hundreds on supplements every single month. In terms of popularity, whey protein concentrate will always be number 1 and that’s never going to change. The number 2 spot however, has gone to creatine monohydrate for well over a decade now. That’s right, creatine has been the second most popular supplement for many years now, and for good reason. Many athletes and bodybuilders consider creatine their most effective supplement and use it as a staple part of their supplement stacks. But did you know that not all forms of creatine are created equally? There are many different variations of creatine, which each one serving a slightly different purpose. If you’re on the lookout for a creatine supplement, here are several different options to consider.

Creatine is a naturally-occurring compound that is derived from amino acids. The human body can naturally synthesize it, plus it is also found in foods such as red meat and fish. Its primary purpose is to provide the muscles, or rather, the muscle cells, with energy. It is able to do this by enhancing the production of ATP, or Adenosine Tri-Phosphate. ATP is a key source of energy utilized by the muscle cells. Obviously, the more ATP that you can produce naturally, the more energy the muscles will have. This is why creatine is so popular in the bodybuilding and fitness communities. Whey protein builds muscle by providing the body with the nutrients needed to initiate the muscle building process. Think of it as providing a builder with the bricks and mortar needed to build a home. Creatine however, allows the muscles to work harder, and for longer, before they fatigue and tire out. Sticking with the building analogy, instead of providing the builder with the materials, creatine would instead make the builder more efficient so that he works harder and for more hours each day, plus he’ll be doing a better job. There’s a lot more science involved, but that’s the top and tail of things.

Now we’ll get the ball rolling by taking a look at some of the more popular variants of creatine currently on the market. These include the following:

When you hear people talking about creatine, 9 times out of 10 it’s creatine monohydrate that they’re referring to. Creatine monohydrate is the cheapest and most common creatine supplement. Creatine monohydrate comprises of 88% creatine and 12% water, so 1 gram will provide 880 mg of creatine. This form of creatine may be affordable, but it does the job as it has been found to assist with the growth and repair of muscle tissue, strength, size, and energy. It is also easily absorbed by most people and provides impressive results. It is worth noting that some people are what are known as creatine ‘non-responders’ in that they just don’t seem to respond to the supplement in the slightest. It seemingly has no effect on them, whereas others respond very well to it.

Creatine Ethyl-Ester, or CEE for short, is a type of creatine monohydrate which has been esterized with ethanol. This is to assist with absorption. You see, once the supplement has been consumed, the body breaks it down into ethanol and the creatine itself. This is a very fast process that takes place roughly 10 minutes after the supplement has been consumed. The creatine is then able to quickly be absorbed into the awaiting muscle cells much quicker than regular monohydrate, due to the additional ester. The quicker it is absorbed, the faster it can get to work and the less of the creatine will go to waste.

Creatine malate is another creatine supplement that, although less popular than the two listed above, is still a fairly common ingredient in many a bodybuilder’s supplement stack. Creatine malate is created when creatine is combined with malic acid. Some believe that this assists with absorption rates though others are sceptical. The idea is that the malic acid makes it more soluble in water, which in theory means that it breaks down quicker and can be absorbed quicker when in the system. It is more affordable than other forms of creatine, though it has been found to yield very impressive increases in strength and size.

Creatine citrate is a form of creatine that has a reputation for being the most water-soluble of all. Here, creatine is combined with citric acid, which has been found to help increase muscular energy, thereby ensuring your muscles work harder, and for longer, before they fatigue. When you’re lifting weights in the gym, or exercising, this is obviously hugely beneficial because the more energy your muscles have, the more effective your workouts will become. Which do you think would be better: performing 6 reps with a specific weight, or being able to perform 10 or more reps with the same weight? The more productive your workouts are, the more muscle you can build. Again, as it is so water soluble it is absorbed roughly straight away.

Creatine serum is a bit of a wildcard here, because it is still fairly unknown. Some claim it is a waste of money, while others swear by it. As opposed to the other creatines on our list, which are powdered, creatine serum is in liquid form. It is creatine which has been dissolved in water, with amino acids and vitamins added to it. As it is already dissolved in water, it can be absorbed straight away. The problem is that some claim that creatine becomes unstable if left in water for too long, so as this form of creatine has already been dissolved, you can understand why people are sceptical. It is also very expensive, though some claim it works wonders. As it is ready to drink it is also very convenient.