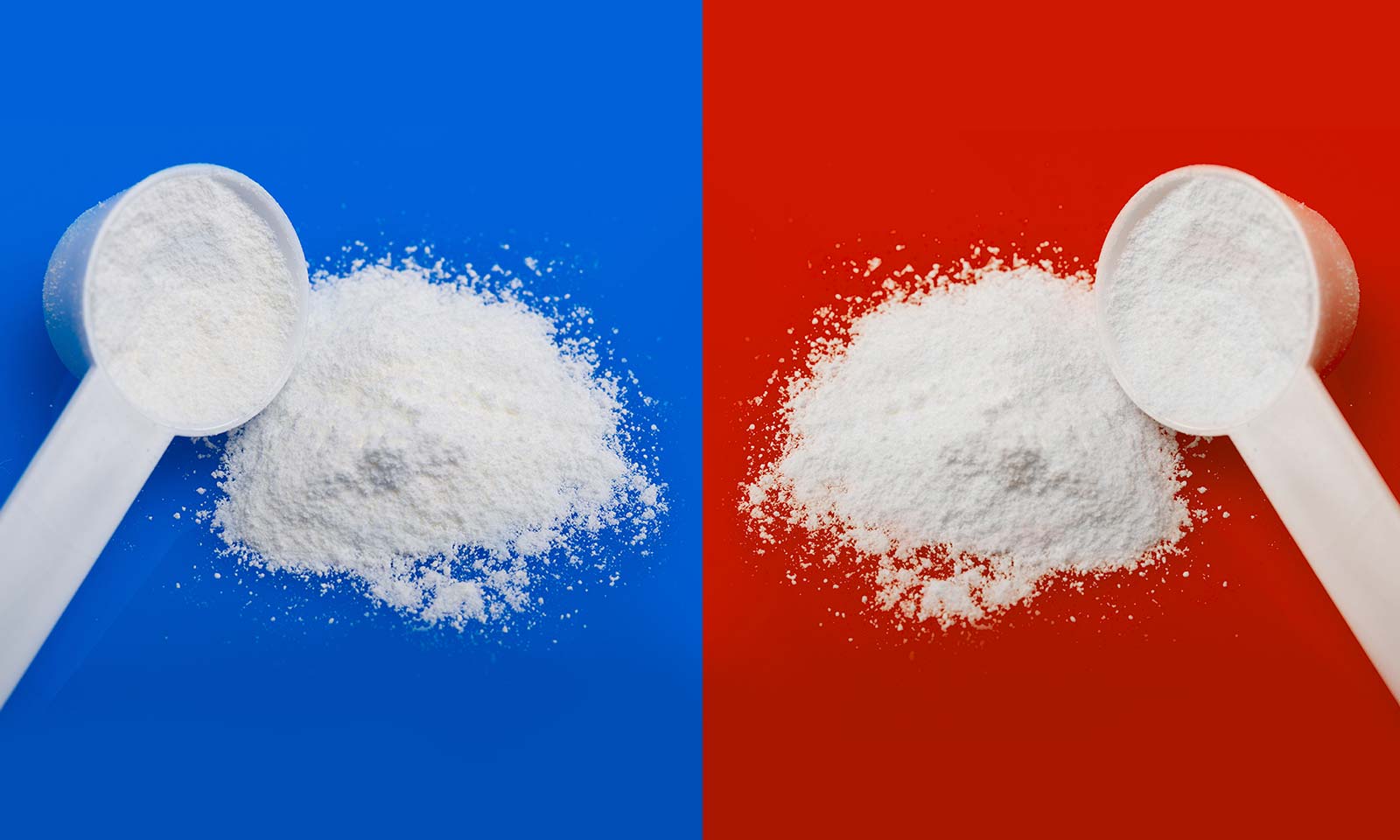 Bodybuilders are forever chasing those ever-elusive ‘gains’, both in the gym, and in the kitchen, yet as many of you will know, building muscle is far from easy. Not only is it essential that you follow a productive training regime, and constantly switch things up, but it’s also vital that you are eating the right foods, at the right times, in the correct quantities. Now, assuming your diet and training are both locked in, the next logical step is to consider creating an effective supplement stack. Supplements, if used correctly, can assist with muscle growth, energy, recovery, and much more besides. That is one of the reasons why the supplement industry is one of the fastest growing industries on the planet, raking in billions upon billions every single year. One staple ingredient found in many bodybuilding stacks is creatine, but have you heard the latest regarding creatine and HMB? No? Well then, allow us to enlighten you. Be warned however, as by the time you get to the end of this article, if you haven’t already, you’ll almost certainly be looking for a creatine and HMB stack to help take your physique to the next level.

Creatine supplements are one of the most popular bodybuilding and fitness supplements in the entire world. In fact, other than whey protein, it is actually the most popular supplement in the world. Creatine is a naturally occurring amino acid found in the human body. It is responsible for the production of ATP, or Adenosine Tri-Phosphate, which the muscles use as a primary source of energy. In high dosages, creatine can help increase ATP levels in the body, which in turn means that your muscles have more energy, and can therefore work harder, and for longer, before they begin to tire and fatigue. This basically means that you have more energy in the gym, you can work harder, you can train harder and for longer, meaning your workouts yield more impressive results. Creatine can be, and is, stacked with a number of other natural supplements to help improve your physique and athletic performance, though recently it has been HMB that has been found to work very well with creatine.

HMB, or beta-hydroxy beta-methylbutyric acid (yeah, let’s stick with HMB for now) is best described as functioning as an active metabolite of leucine, which is an amino acid getting a lot of attention in the bodybuilding community. This is because leucine is considered very anabolic, as it plays arguably the most important role in protein synthesis, of any amino acid. Basically, once consumed, leucine, or at least a portion of leucine, is metabolized and converted into HMB. Now, as you probably know, when you exercise, your muscles are not being built up at all, they are actually being broken down and destroyed. The muscle fibres which make up your muscle tissue becomes damaged, and the proteins they are made up of are broken down into amino acids. Rather than wasting these amino acids however, your body decides to make use of them in other ways, which, whilst being better than nothing, is not great from a bodybuilding perspective. When you consume HMB however, this compound has been proven to greatly reduce the rates in which proteins are broken down, helping to preserve muscle tissue and assist with post-workout recovery in the form of protein synthesis.

Why stack creatine with HMB?

So, we know what creatine is and how it works from a bodybuilding persepective, just like we know what HMB is, and how it works from a bodybuilding perspective, so why do we need to stack the two together? Well, the very simple reason is to get the best of both worlds. You see, the creatine consumed on a daily basis will provide a vast increase in muscular energy and endurance levels, which will translate to greater efficiency in the gym. Simultaneously however, the HMB you consume will help to preserve muscle tissue, prevent the proteins from being broken down into amino acids, and to speed up the rates in which you recover after you have trained in the gym, which means you will build more muscle and recover quicker in the process. In life there are certain things that are just meant to go together – Fish and chips, salt and vinegar, and from the looks of things, creatine and HMB. The two seem to almost work in synergy and complement one another perfectly, without the risk of harmful side effects like you will see with stronger anabolic compounds often used to yield similar results.

So, what is the optimal dosage?

It’s easy to say that taking the two together will help get you big and jacked, but like all supplements, you must know how much to take, and when to take them. Though you should stack the two together, that doesn’t mean you take them both at the same time. With HMB, you should consume 1 x 1800mg dosage 3 times per day, so in total, each day you should be taking 5400mg of HMB. What’s more, ideally if you train later in the day, your 5400mg should have been consumed before you train. If not, try to get at least 2 dosages in before working out, and perhaps the final dosage as soon after as possible, as this will facilitate protein synthesis and speed up recovery. With creatine, 5g per day is all that is needed. Some take 5g before training, some during, and some take 5g after training. It really is simply a case of trial and error and seeing what works for you. Ideally you should run this stack for no more than 90 days, before taking 4 weeks off cycle and starting again.