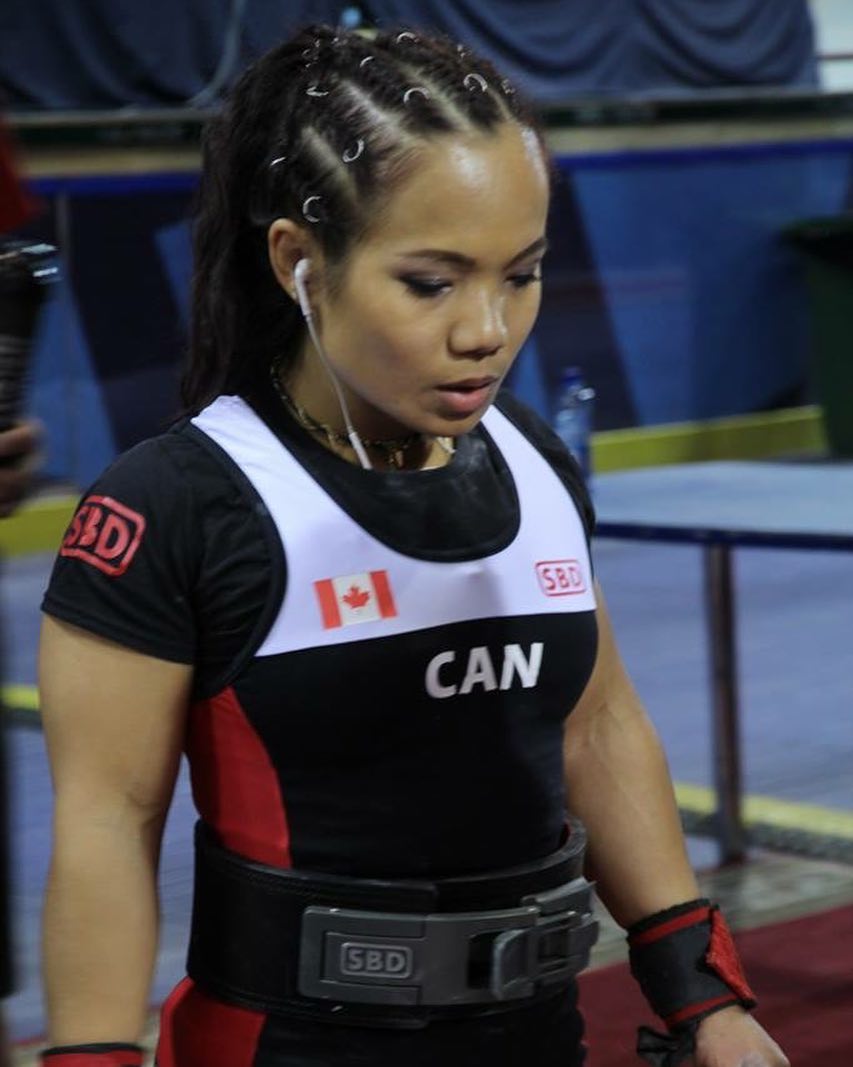 My name is Maria Htee. I was born in Thailand and immigrated to Canada in 2007. My parents told me before I came to Canada, Canada is land of the opportunity. If you have a dream you can achieves success with hard work and determination.

I began lifting in 2010 and competed in three provincial bodybuilding show, Two in bikini and one in figure show where I won the provincial overall title in 2013. Two weeks following my figure show, I competed in my first every powerlifting competition and won the 52kg class after that I got the iron bug. I compete for team Canada at 57kg and 63kg classic open divisions.

You can find Maria here:
https://www.instagram.com/maria_htee/